skip to main | skip to sidebar

Booting BackTrack 4 over the network (PXE or Net Boot CD)

One of the features we really wanted in BackTrack 4 was a fully working PXE boot system.
This could be ideal in Team Penetration Testing, Training, Cluster Cracking or simply Installing BackTrack over the network.

The PXE boot functionality was imported from SLAX, and is still not polished. In our tests, some network drivers failed to load at the initrd bootstrap due to kernel memory limitations. We got around this by adding some drivers into the kernel itself.
Most major network cards are supported and we will be improving on this as we get more feedback once BT4 Beta is released.

Getting the PXE system up and running after you've booted the Live{CD/USB} and set up your network interfaces is simple:

Once that's done, you should be running a web server (we use httpfs for the file transfer), and all the rest of the components required to boot a machine from the network.

Configure the target machine to boot from the network, and make sure there are no additional DHCP servers on the subnet. 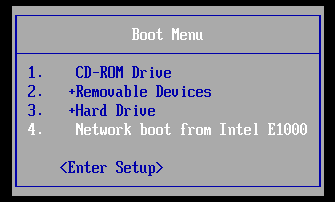 Your Network Card PXE should pick up the BT4 PXE server, and load the initrd. 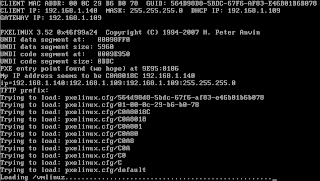 If all goes well, you should see BackTrack load the LZM files over HTTPFS: 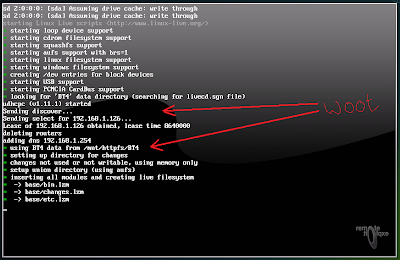 We will also be publishing an 8mb "netboot" iso, in case you do not have PXE enabled cards. These isos will accept an "ip=" boot cheatcode parameter.

Anyone care to whip up a cluster script / djohn setup ?
Posted by muts at 3:49 PM